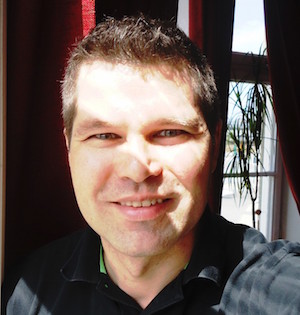 I am a computer scientist from Germany. At the moment, I live and work in Sydney, currently at Digital Asset and at Commonwealth Bank before. Until February 2015, I was an assistant professor at the University of Copenhagen (DIKU). I do research in parallel computing using functional languages, check out the parallel Haskell dialect Eden if you want to know more about it.
My publications can be found on a separate page on this site, including full text author versions of most of my papers. My former computer science home page: http://www.mathematik.uni-marburg.de/~berthold/. There was also http://www.diku.dk/~berthold/ but ...some departments just discard web pages of scientific staff like old cake from yesterday. No further comment.

Apart from computer science, I am interested in old cars (including maintaining them myself). There arewere traces of my former Volkswagen camper online.
I also played keyboards in several bands and own a Fender Rhodes and a (currently unused) analog Korg synthesizer. Hopefully one day I find time and motivation to refurbish both instruments, playing them is a great experience. I also have a Midi master keyboard and one can produce almost indistinguishable sounds for these instruments using software today, but it is just Not The Same™.
I used to do a bit of photography as well, but leave an online exhibition for future work :-)